Film fables to Coffee Tables: Furniture on the Big Screen

How to style an interior around your Mac&Wood dining table 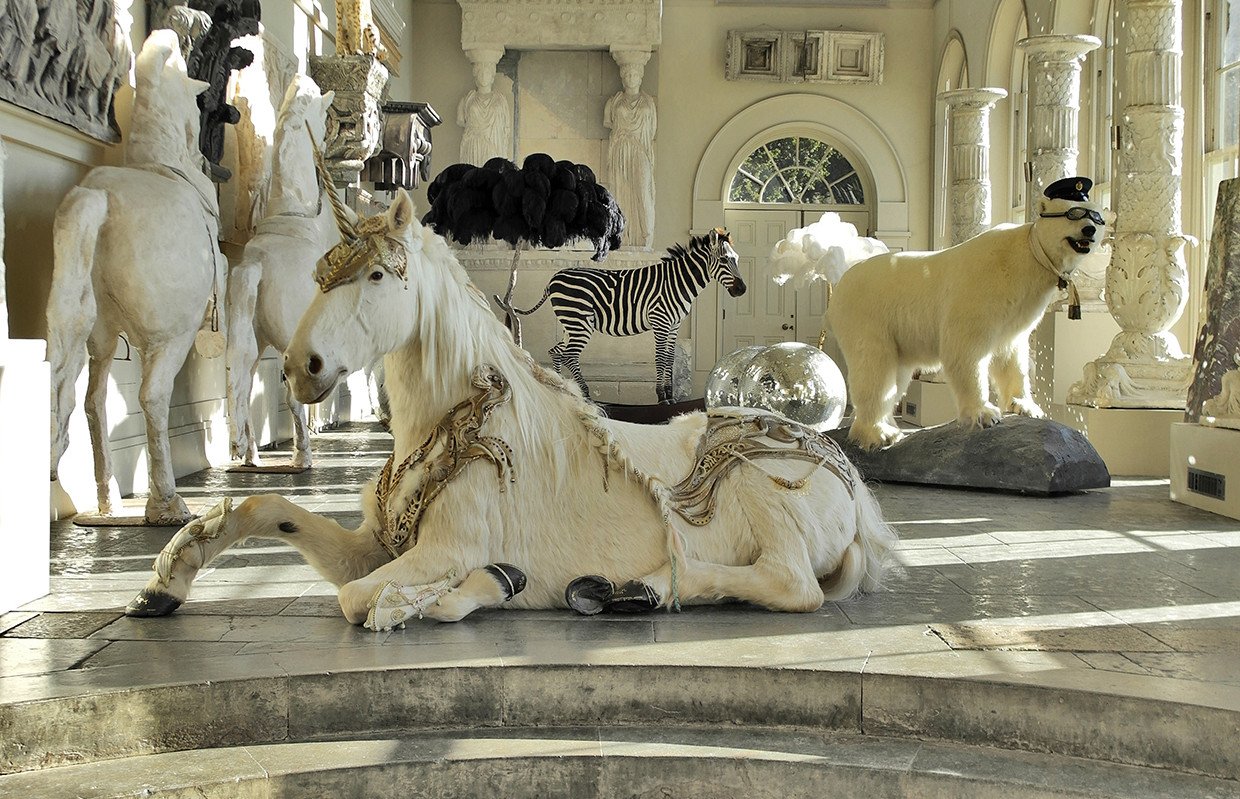 Home and passion project of veteran music-mogul James Perkins who happens to also moonlight as a restorer of historic houses, Aynhoe Park is a surreal carnival of rockstar chic, Palladian grandeur, and the plain outrageous. As in, there is literally a 12-foot taxidermied giraffe named Gerald suspended by giant silver balloons in The Orangery, (what’s The Orangery you ask? Read on my dear reader).

I had the pleasure of experiencing Aynhoe Park while attending a wedding last year, one of the principal events that sees people, champagne in hand, gawping at the otherworldly interior of the eccentric venue. Numbered amongst the attendees of past events are Mick Jagger, Christian Louboutin and Kate Moss to name a few – clearly I missed my chance to infiltrate the inner circle of timeless British music and fashion royalty – but all thoughts of lost opportunity were well and truly forgotten by the end of a wedding weekend spent in awe of Perkins’s collection of avant-garde curiosities. Without further ado, let me present some of my top picks of the luxury furniture and furnished luxuries of Aynhoe Park. 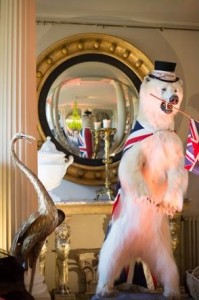 Standing out amongst the vast collection of taxidermy present throughout the house and giving Gerald a run for his money for the winner of Most Memorable Stuffed Animal – are two polar bears, nameless as far as I’m aware, but what they lack in denomination they make up for in patriotism. Both sporting Union Jack torso-wear/capes, they cut a striking pose, sparing no expense on accessorising, complete with a top hat, British flying goggles and an admiral’s cap. Two testaments to James Perkin’s love for effortlessly blended grandiose quirkiness. 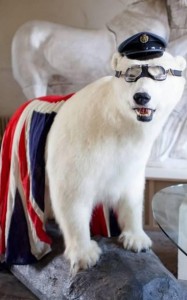 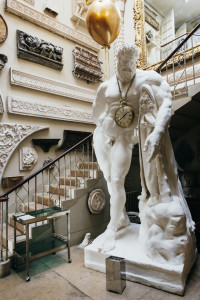 The Son of Zeus

Having “slain the beast”, the towering figure of Hercules leans on a club draped with the hide of the lion. One of the most iconic pieces of James’ collection, the sculpture is actually based on a much smaller marble version by one of the greatest Hellenic sculptors in the Fourth Century Bc, but the current incarnation, need I even bother saying it; of course stands at over ten-and-a-half-feet tall and has a golden clock around his neck and is holding a matching golden balloon behind his back. Demigod meets party-boy, Hercules is personal favourite of mine as well as being another well documented conversation starter at Aynhoe. 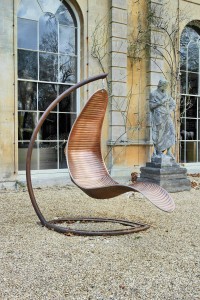 But of course there’s luxury furniture made from copper

Would this really be a Mac+Wood post without mentioning copper luxury furniture at least once? No. Thought not. So feast your eyes on the latest burnished statement piece featured on our site (and in my opinion one of the most eye-catching). Hand crafted with highly polished materials and coated in a lustrous copper finish, the sculptural design making a striking and functional garden installation that can be hung from a tree or attached to a free-standing swing frame for interior use. If you’d like to read about more ingenious uses of copper furnishings, we wrote a whole article about it! /blog/copper-tables-in-london-bars-and-restarants/ 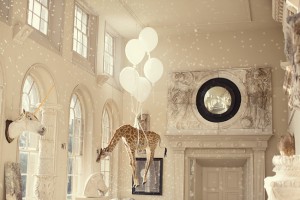 And now for the star of our show, the one constant in this turbulent world, the giraffe, quite literally, above all others – Gerald. Not much is known about the inspiration behind his conception but at this point in its important to realise that at Aynhoe Park, too much “why?” will stop you from appreciating the wonder around every corner. Suspended by monumental glass balloons, Gerald lives exclusively in The Orangery, the principal wedding room. When he’s not officiating weddings, Gerald is enchanting children and adults alike with his fairytale appearance and generally making the world a brighter place.

Hats off to Mr Perkins for his tireless devotion to filling such a grand space with the weird, wonderful and original, it made for an unforgettable weekend as it has for so many others choosing to throw their party of parties there. To tell you more about Aynhoe Park would be to ruin the first-person experience of, well, all the above – so you’ll just have to go and see it for yourself! 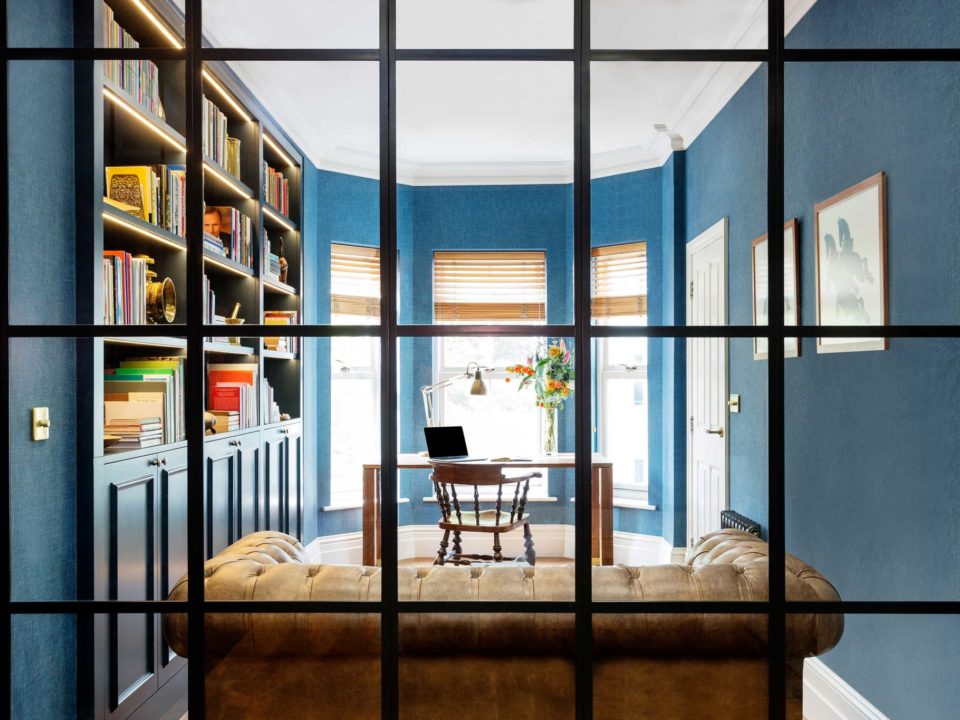